Anticipating a dual-extruder upgrade soon for the Robo C2 printer—imagine printing in two colors for the same part—I’ve designed and printed a dual-spool holder for those two filaments. It’s an upgrade for the printer and works much better than the original holder.

The original spool holder stuck out of that rectangular hole in the back of the printer, sometimes falling out during the middle of a print job. Aesthetically-pleasing but impractical, I’ve now replaced the original. 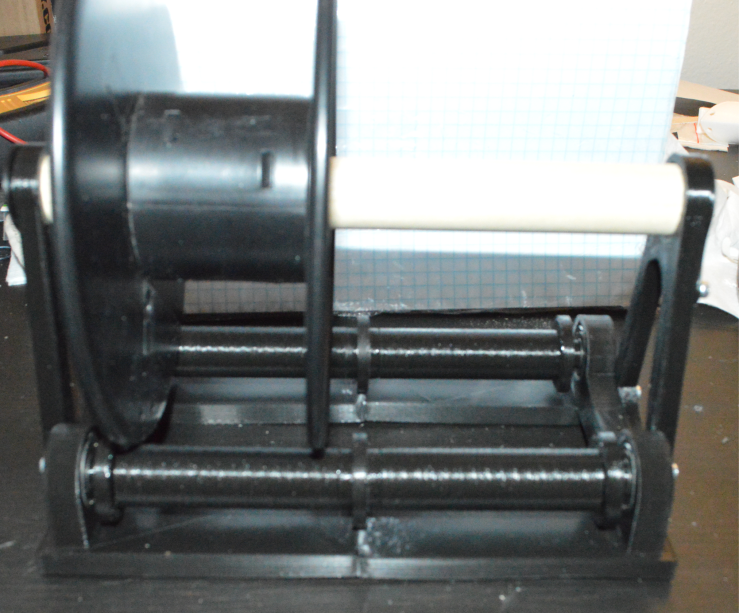 I’ve created step-by-step instructions for creating two versions: one for the full kilogram rolls and one for the half-kilogram variety.

Another design challenge with the Robo C2 printer is the way that the print bed is cantilevered from the back of the printer. It’s a bit like a diving board and similarly wobbles at its front-most extremity as you’d expect. This isn’t really optimal for 3D printing because it results in poor quality with taller parts and especially those which are oriented toward the front of the printer. 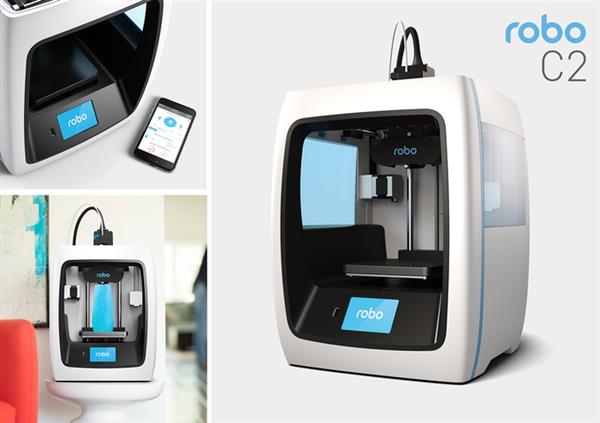 I’ve therefore designed a cantilevered stability plate to afix to the bottom of the print bed itself which should provide some firmness in this dimension. Eight M3 type aluminum bolts are the only thing needed other than this part.

One business dictionary defines transparency as “a lack of hidden agendas or conditions, accompanied by the availability of full information required for collaboration, cooperation and collective decision-making”. Perhaps Apple could do well by re-reading that statement and the two emails that they sent me this week, in reverse order (since it’s funnier that way).

I’d recently purchased a used iPhone 5 from a co-worker. He’d indicated that it had a problem with phone calls and had decided to upgrade to the latest phone Apple makes. So he was left with the iPhone 5 and I offered to buy it from him on the cheap since I do phone development and I knew that I could put it to good use.

Fast-forward a few weeks and I decided that my Android-based phone was really churning through the battery at a fair rate (compared to the iPhone) and so I thought I’d get a cellphone plan switch. I paid a few months in advance without thinking twice about it only to find that later when I’d gotten home, the iPhone 5’s microphone and speakers all worked great except during a phone call. Obviously, the phone had a problem of some kind.

Here is the Apple support thread, in case you wanted to read along. It looks like countless people are having the same problem with their phones, too. At first I read all these and realized that nobody really knew what was going on with their phones. Like me, they were stuck with a mostly-useless piece of hardware with respect to making or receiving calls.

I took it to the cellphone carrier vendor and left it with him for an hour or two. He reset the phone and upgraded the firmware or similar but was unable to help out.

Someone on youtube had indicated that they’d thoroughly cleaned the microphone and speaker holes so of course I gave this a try. It didn’t help, of course.

I verified that all three speakers and the microphone all worked with other apps. I deduced that there might be a connectivity issue.

Given that I have the proper tools for such a task, I decided to take it apart. Apple uses a pair of tiny “Pentalobe security screws” (Apple’s nomenclature) to secure the case of the iPhone series. I guess they think that the market won’t just make the appropriate screwdrivers and sell them to the public.

Once inside, I re-seated the various connections that could have caused the problem. I then re-tested but the problem still persisted. On a hunch I decided to twist the phone along its length and this immediately allowed the phone portion to work!

Everything inside a phone like this is necessarily tiny and modular. As such, Apple relies upon each module to make an electrical ground connection against the outside of the case. A little twist and that connection is lost.

Another compounding problem is the nature of batteries of the type used in cellphones. They are prone to swelling and contracting over time and with each charging cycle. Apple appears to know all about this. In fact, it’s as if they’ve compensated inside the phone by allowing a fair amount of expansion room for the battery itself. One could suggest that there’s too much space since the sparcity inside just promotes more flexibility and this leads to losing electrical ground in those components I spoke about earlier.

It occurred to me that a 3″x5″ card could be cut to fit and placed inside the iPhone’s body and should tighten everything enough so that those electrical connections would be made. Luckily, this was exactly what it wanted.

As a good net citizen I decided to let others know what they could do to fix their own failing iPhones. I posted on that same Apple Support thread only to see that they don’t want you to know this.

Took my iPhone’s rear case off (carefully) and removed/replaced the three connectors that attach the screen itself, verifying absolutely that they were fully re-seated.  Then when putting everything back together I inserted a 3″x5″ index card (cut first to a 2-1/8″x3-1/2″ rectangle and then trimmed a portion from both long sides so that the outer snaps would clear it).

The thickness of the card is enough to tighten up everything inside so that all the connections mate up always.  It now works perfectly.  I have to think that the problem is due to occasional twisting of the phone along its length.  Old computer motherboards had the same problem, btw.

What I should have added to this on the Apple Support forum (but I can say this now) is that it appears that there is a systemic problem in the iPhone series with respect to electrical grounding.

Apple promptly deleted my post, citing that it contained “questionable advice”. Note that Apple themselves provide no advice for these users.

The problem here is that a good percentage of these users have no recourse but to purchase a new iPhone 6 ($550-$650). Apple decided that it’s in their best interest to hide a working fix to their older phones.

What Apple Should Have Done

Apple should have read the post, researched whether or not there was any validity in the claim and then should have posted something on the order of, “We are researching the issue and caution users that to open their phone would be to void the warranty. If we determine that there is an electrical grounding problem and you have registered your phone with us then we will contact you for a service call”.

If they had done something like this then they would have earned all our respect. The choice they made, however, just proves that Apple—for all their friendliness in their advertisements—are just a big corporation who doesn’t believe in transparency with their customers.