Since the end of October is all about scary stories… Just on the heals of Microsoft buying github for US$7.5B last year, IBM has now has purchased Red Hat Linux for a cool US$34B dollars. 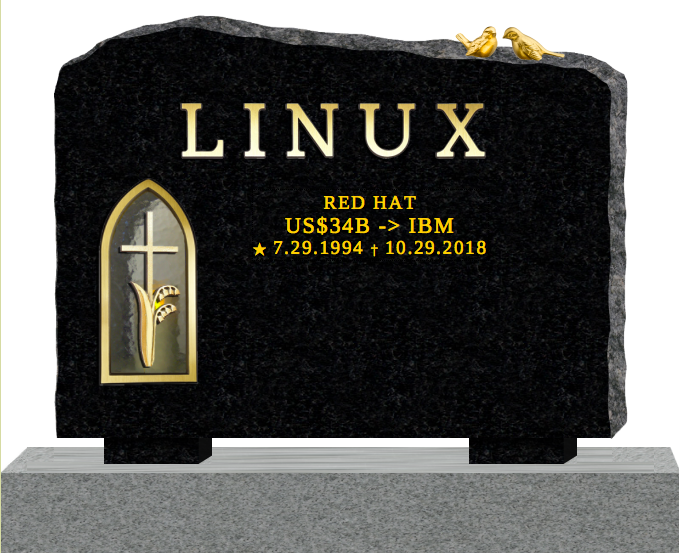 Granted, I haven’t used Red Hat in a few years mostly since it is one of the few paid UNIX-based operating systems out there. Ubuntu, backed by Canonical, is clearly the better choice for anyone who knows what’s going on.

IBM is the antithesis of open-source software, as is Microsoft. This is just sad. But good riddance. Now get in the hole, Red Hat.